From 1 to 24 September, 3,086 employees cycled to work for Kom op tegen Kanker ('Stand up against cancer'). In this cycling for charity campaign, 33 employers sponsored their employees' home-to-work journeys. Bosch eBike Systems, as the main sponsor, gave the campaign a leg up. Bike for Life, thanks to the cycling enthusiasm during the World Cycling Championships, got commuters on the pedals in large numbers. Bike for Life raised a total of €48,260 for the good cause. 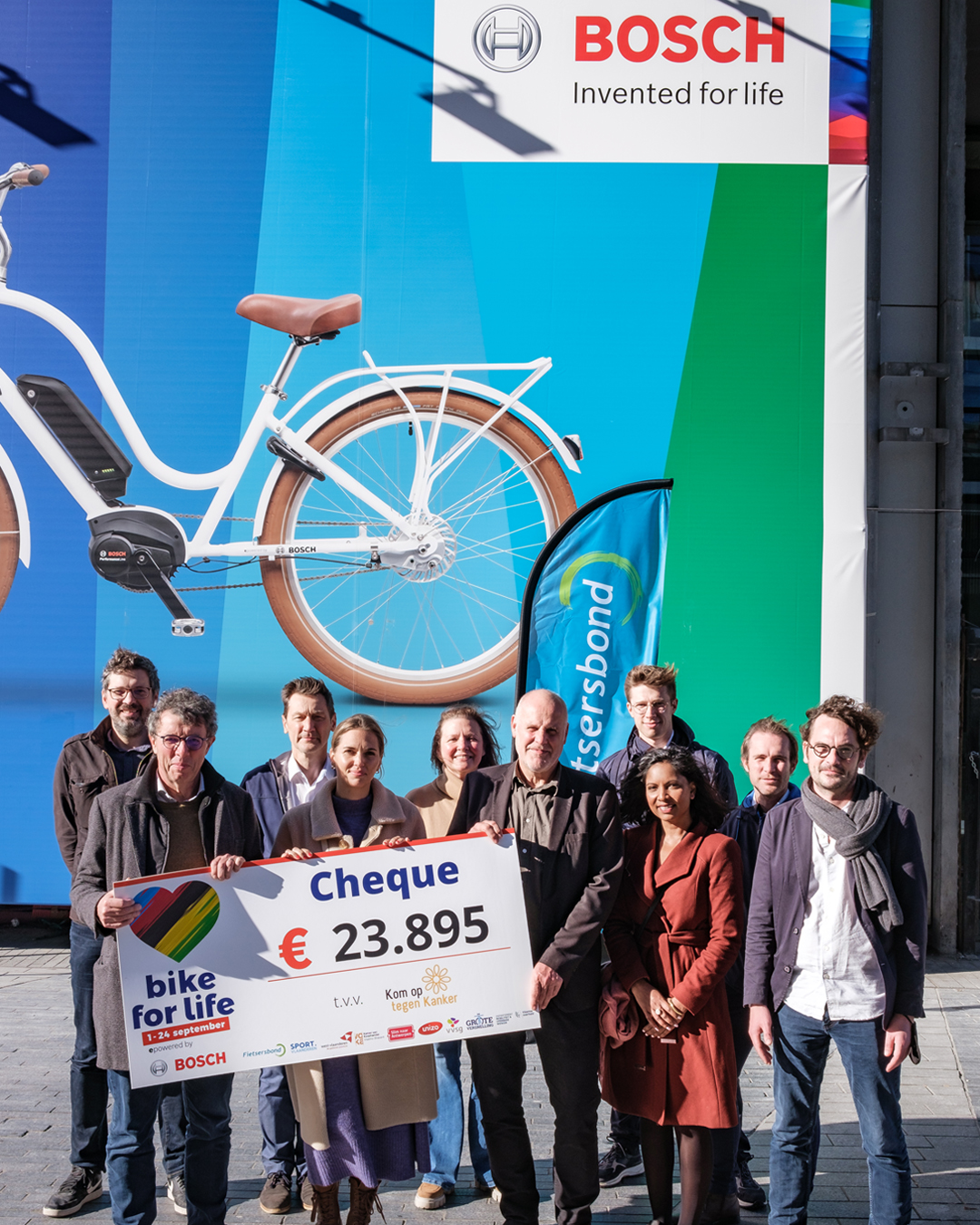 Bike for Life stimulates the calves

Bike for Life is a campaign by the Fietsersbond to encourage employees to cycle to work for a good cause. Participating was possible if your employer was willing to sponsor your bike rides to work from 1 to 24 September. The collected sponsor amount will be donated to the fight against cancer. The period was deliberately chosen to translate the enthusiasm surrounding the World cycling championships into daily cycling to work.

During last year's kick-off event, employees cycled 3,000 rides and raised €12,000 for 'Ouders van Verongelukte Kinderen vzw', of which €6,000 was sponsored by Bosch eBike Systems. Thanks to the regained freedom, the World cycling championships and the fine weather, the second edition attracted a large number of employees to the pedals. No fewer than 3,086 employees together covered 29,219 rides and 267,600 km, resulting in €48,260 being donated to charity. €23,895 is earmarked for Kom op tegen Kanker and €11,091 was raised for the Oncological Centre of the UZ Brussel. The remaining amount goes to own charities chosen by companies.

Check out e-bike offers up to 60% cheaper

Check out e-bike offers up to 60% cheaper

UPWAY sold artistic e-bikes for charity. Upway, the online platform for re-furbished e-bikes, supports 'A bike for all', the charity of Bike for Life, which helps people in transport poverty.